Nutrients are substances needed for growth, metabolism, and for other body functions. Macronutrients are nutrients that provide calories or energy. The prefix macro is from the Greek and means big or large, used because macronutrients are required in large amounts.

There are 3 broad classes of macronutrients:

The primary function of macronutrients is to provide energy, counted as calories. While each of the macronutrients provides calories, the amount contributed by each varies.

Macronutrients also have specific roles in maintaining the body and contribute to the taste, texture, and appearance of foods, which helps to make the diet more varied and enjoyable. 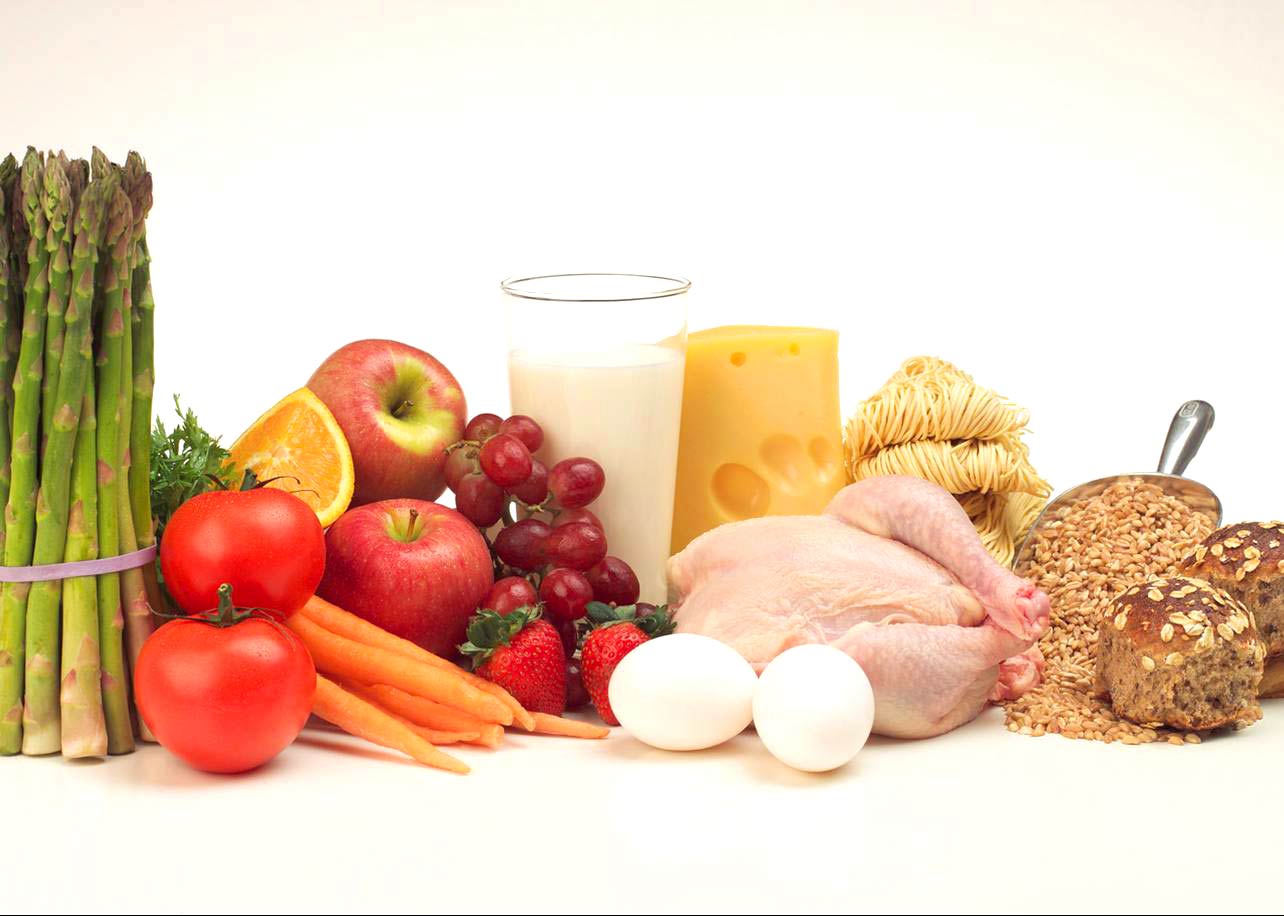 Proteins, from the Greek proteios meaning “first,” are important biological molecules that consist of strings of smaller units called amino acids, the “building blocks” of proteins. These amino acids are linked together in sequence as polypeptide chains that fold into compact shapes.

Besides providing energy to the body, dietary protein is also required for growth—especially by children, teenagers, and pregnant women, tissue repair, immune system function, hormone and enzyme production, and for lean muscle mass and tone maintenance. When eaten, the proteins contained in foods are broken down into amino acids, an important dietary source of nitrogen.

There are 20 amino acids and the body can make some of them from components within the body, but it cannot synthesize nine of them, accordingly called the “essential amino acids” since they must be provided in the diet. They include histidine, isoleucine, leucine, methionine, phenylalanine, threonine, tryptophan, and valine.

Proteins are complex molecules and the body needs time to break them down. This is why they are a slower and longer-lasting source of energy than carbohydrates.  Adults who are physically very active or trying to build muscle need slightly more. Children also need more. If more protein is consumed than is required, the body stores its components as fat, which can be broken down and used for energy as the need arises. Proteins are broken down during digestion, which exposes them to acid in the stomach and to degradation by the action of enzymes called proteases. Some ingested amino acids are converted to carbohydrates, which is also used under starvation conditions to generate glucose from the body’s own proteins, particularly those found in muscle. 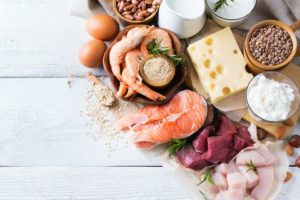 Foods that are a source of protein include:

Carbohydrates have two significant roles: they are the primary energy source for the brain and they are a source of calories to maintain body weight. A diet containing an optimum level of carbohydrates may help prevent body fat accumulation. They are also involved in the construction of the body organs and nerve cells, and in the definition of a person’s biological identity such as their blood group. Dietary fiber, which is a carbohydrate, also helps keep the bowel functioning properly. Because they are smaller, simple carbohydrates can be broken down by the body more quickly and they are the fastest source of energy. Fruits, dairy products, honey, and maple syrup contain significant amounts of simple carbohydrates, which provide the sweet taste in most candies and cakes.

Complex carbohydrates also include starch, the primary energy reserve in root vegetables and cereals. Non-starch carbohydrates are the main components of dietary fiber. These are the indigestible portion of plant foods, such as cellulose, the primary component of plant cell walls that consists of several thousand glucose units. Simple sugars are absorbed directly by the small intestine into the bloodstream, where they are then transported to where they are required. Complex carbohydrates are broken down by enzymes into their constituent sugars which are then absorbed into the bloodstream while dietary fiber moves food through the digestive system.

Sources of dietary carbohydrates include:

Besides being a source of energy, fat stores protect the internal organs of the body. Some essential fats are also required for the formation of hormones. Fats are the slowest source of energy but the most energy-efficient form of food. Each gram of fat supplies the body with about 9 calories, more than twice that provided by the two other macronutrients. Because fats are such an efficient form of energy, they are stored by the body either in the abdomen or under the skin for use when the body needs more energy.

Fats that are in foods are combinations of 4 main types: