Is your lack of energy a sign of diabetes? 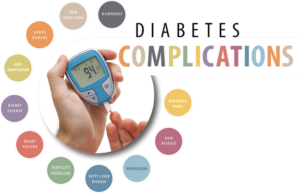 Is your lack of energy a sign of diabetes?

More than 371 million people have diabetes worldwide and it is expected to rise to 550 million by 2030.

It’s important to know the warning signs since so many are affected by it:

Type 1 diabetes affects 5-10% of people and has a genetic tendency. However, just because there is a genetic predisposition doesn’t mean that the individual will get it. There’s a saying that goes, “genes load the gun, but environment pulls the trigger”. Meaning that toxins, sensitivities, living a chemically-laden or Standard American lifestyle will often cause the disease to start in the genetically susceptible.

Type 2 diabetes was thought to be adult-onset in the past, but now we have 3 year-olds being diagnosed with it! It is due to lifestyle…lack of exercise, high carbohydrate consumption, and high toxicity lead to this type and it can often be reversed easily. Liver is sluggish and overworked, causing high insulin levels and inflammation.

Incidence of type 2 diabetes increases risk for type 3 diabetes, or Alzheimer’s disease, by four times. That’s why it is of vital importance to get your insulin resistance and pre-diabetes under control so it doesn’t lead to this devastating disease.

As blood sugar gets under control and insulin increases, inflammation will set in leading to fatigue and lack of energy. Fatty liver is a precursor to Type 2 Diabetes and diet is huge to turn that around, along with some milk thistle.

Don’t think your lack of energy is just “part of getting old”, get it checked out before it turns into something bigger.

Apply now to work with me, virtually, from wherever you are in the world or sign up for my Dominating Diabetes e-course!